June 03, 2010
You may remember "Roppo kuji no biken" as the theme from 2004. But this idea of "roppo" cannot be left in 2004 and does not only apply to the sword. In fact, Hatsumi Sensei made reference to this recently. 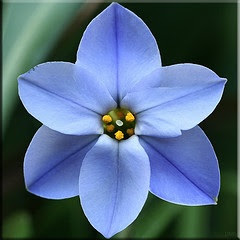 In a Friday night class at Hombu, Soke said that roppo was a way of evading and taking space. He said it was six ways of backing up. He said it was like roppo training in Kabuki theater.

In Kabuki "roppo was used originally as a form of entrance but became more used for exits along the hanamichi. It is derived possibly from the swaggering walk (tanzen roppo) of the Edo period dandies as they strutted between the teahouses of the pleasure quarters. Its literal meaning is "six directions" and the term may have been derived from the purification ceremony of low ranking priests where they referred to heaven, earth, east, west, north and south. There are several forms of this exaggerated style of exit. The tobi roppo (flying roppo) involves the actor gesticulating with his hand whilst bounding along the hanamichi in a skipping motion. The kitsune roppo involves the actor leaving the stage with curled "paws" in the manner of a fox."

Roppo is also described in this Aikido Journal interview with Seigo Okamoto Shihan:
"Roppo can be understood in a variety of ways, such as the roppo of roppogumi [six groups of chivalrous young men who used to wander the city streets in the Edo period]. Or it can be equated with the roppo from the kabuki term roppo o fumu of Benkei [a priest of the early Kamakura period and a famous retainer of Yoshitsune Minamoto. Roppo o fumu means to make one’s exit with bold gestures along the runway].

However, I usually compare roppo to gaming dice to describe techniques which can deal with any situation from any direction, top or bottom, front or back, right or left, like the faces of dice. But these techniques do not have square angles like dice but are round, forming six (roku) infinite circles."

Sometimes it takes an idea like roppo to get your taijutsu to flower.

- Posted using BlogPress from my iPhone

October 28, 2010
photo by ajari This last year, some of us have heard Hatsumi Sensei make reference to a spider's web dangling down from heaven.  As usual with Soke, there are many layers to this idea.  If you subscribe to my training notes (if you aren't a subscriber yet, you miss a LOT of free Bujinkan notes), you can get even more details from my classes with Hatsumi Sensei. One idea that Sensei put out there for us was in his painting of Daruma with a spider descending a web and alighting on Daruma's eyebrow.  As Paul Masse explains: The Inscription reads, “ Ninjustu is on your eyebrow.... the spider`s thread, so close, the village of Togakure”.  Sometimes things are so close to us that we can not perceive them. Hatsumi Sensei has continued to reference this web from the heavens.  If Ninjutsu is on one's eyebrow, or there is a thread to heaven dangling down but we do not see it, how can we use that in Budo? Maybe it will help if we look at another story that Hatsumi
1 comment
Read more

April 25, 2019
山田 記央 photo by Michael Glenn It was the normal chaos at the Bujinkan Honbu dojo. The training had just ended, and everyone rushed to get their photos with Hatsumi Sensei. I rushed to my notebook. I did this because Soke finished the class with a huge surprise for his teaching of 無刀捕 mutōdori. He showed us 空間を作る kūkan o tsukuru, or how to create space. So I scribbled a note about the hidden location for this opening before that secret disappeared into the night. Earlier that day, I had gone into Tokyo to visit Norio Yamada-san. He makes 江戸手描提灯 Edo Tegaki Chōchin, Edo style hand painted paper lanterns. He called to say my order was ready to pick up. It never occurred to me that there could be a connection to Soke’s teaching later that night. Hatsumi Sensei said, “You’re not evading, 空間  浮かす Kūkan ukasu, you’re floating the opponent in the space.” If you’ve ever held one of these paper lanterns, they feel like you’ve caught light and air itself as it glows softly in the nigh
Post a Comment
Read more